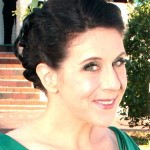 A Biography of the English Language
The Chaucer REview
Exemplaria
med

Two of Dr. Hayes’s enduring academic interests—medieval religious cultures and language study—are connected in her first monograph, Divine Ventriloquism in Medieval English Literature: Power, Anxiety, and Subversion (Palgrave, 2011), which showed that human mediation of the divine voice was the most cohesive yet most divisive element of medieval devotion, and her current monograph, Undead: Resurrection, Reanimation, and Artificial Life in English Vernacular Literature 1348–1543, which considers England’s burgeoning vernacular tradition informed by the cultural practices of late medieval death culture.  Additionally, Dr. Hayes is currently editing and contributing to a special double issue of Philological Quarterly called Encore Performances: Papers for Claire Sponsler by Her Students (publication scheduled for early 2019), a commemorative volume whose essays will attend to the key matter of philology—the intricate relationship between language, textual matters, and performance circumstances—evident in the prodigious and diverse scholarship of the late Professor Sponsler (1954-2016).

Dr. Hayes’s work on medieval English literature and language introduced her to her other great passion: the History of the English Language. She is the sole author of the third edition of the late Celia M. Millward’s classic text, A Biography of the English Language (2011) and its accompanying workbook. She co-edited and contributed to Approaches to Teaching the History of the English Language: Pedagogy in Practice (Oxford University Press, 2017). Her textbook, The History of English from Anglo-Saxon England to the World Wide Web, is under contract with Cambridge University Press. Joining historical linguistics with literary studies, this text innovates on traditional philological approaches to the subject as well as conventional ways of teaching it.

Dr. Hayes has published in venues such as Exemplaria, the Chaucer Review, Church History, and American Speech, and she has received awards from the Medieval Academy of America and the Newberry Library (as well as many internal grants and recognitions). Her academic hobbies include the study of magic and esotericism as well as popular medievalisms (such as “The Game of Thrones” franchise).

Associate Professor of English and Director of Medieval Studies minor.