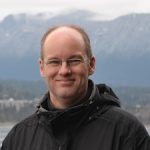 Howry Professor of Faulkner Studies Jay Watson, a native of Athens, Georgia, received his B.A. degree from the University of Georgia (1983) and his M.A. and Ph.D. from Harvard University (1985, 1989). He joined the English department in 1989, was promoted to Professor of English in 2007, and became UM’s second Howry Professor in 2010. During the 2002-2003 academic year he served as Visiting Fulbright Professor of American Studies at the University of Turku and Åbo Akademi University in Turku, Finland, and he has since been honored with the UM Faculty Achievement Award (2012), the UM Liberal Arts Professor of the Year award (2014), and the UM Humanities Teacher of the Year award (2014). In 2013 he was a finalist for the Southeastern Conference Professor of the Year Award, and in 2018 he was the fall convocation speaker at UM.