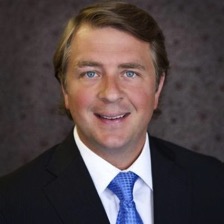 During the spring semester of 2020, shortly after the university went online, I had the opportunity to have a virtual meeting with Winston Collier (B.A. 2003), an attorney and healthcare policy consultant. Collier reflects fondly on his 4 years at UM. A native of Augusta, Arkansas, a small town in the Arkansas Delta, Collier describes his liberal arts education at UM as a transformative experience. “There was just a cool ecosystem here that really allowed me to flourish.”

Upon graduating from UM, Collier began his professional career as a clerk at Baker-Donelson in Jackson, MS. His time at Baker-Donelson instilled in him a love of the law and, importantly, also afforded him the time to study for the LSAT. Returning to his home state for law school, Collier earned his JD from the University of Arkansas in 2007. They say timing is everything, and upon graduating from law school, Collier found himself in the right place at the right time. “I came back to Searcy right outside of my hometown of Augusta during this great oil and gas boom in North-Central Arkansas around the Fayetteville shale. There was a lot of opportunity in oil and gas law at the time, and it gave me the chance to help ordinary folks improve their lives.”

After spending his first few years “helping homeowners to secure favorable leases for the mineral rights underneath their property,” Collier decided to make a significant professional change. Joining forces with his physician father, Steven Collier, he commenced another form of advocacy, expanding healthcare for people in rural communities. He became the General Counsel for ARcare, a medical-clinic system founded by his father in Searcy in 1986. “My dad was always moved by the plight of the people in his hometown of Augusta — very poverty stricken in the middle of the Arkansas delta. He was taking a risk by going back there because it is hard to recruit physicians to that area. He did it because it was important to him.” Since ARcare’s humble beginnings, it has expanded to 60 different locations across three states, Arkansas, Mississippi, and Kentucky. “The name ARcare was chosen because we wanted something that made people feel like home. That was when we were only in Arkansas.” Collier laughs, “It never occurred to us that we’d expand to three states!”

With MississippiCare and KYcare clinics thriving in Mississippi and Kentucky, Collier recently embarked on a new chapter in his career. In 2019 he returned to Oxford, and in 2020 he left ARcare to focus on his own practice. The Collier Firm specializes in civil litigation and business healthcare. Although he continues to represent ARcare and their affiliates as clients, these days he enjoys working with a wide range of clients, corporations as well as individuals.

Collier appreciates the variety of work that practicing law involves. He told me: “one week, I might be busy with a jury trial in the middle of nowhere Arkansas. The next week, I’ll be in the office most days, meeting or talking on the phone with clients.” In his capacity as a litigator, he practices any form of law that gets him in front of a judge and jury, where he can be an advocate for his clients. He enjoys working on either side of the aisle, defense or plaintiffs law.

“The through-line that links everything I do is communication,” Collier remarks, crediting his undergraduate degree in English. In his work on behalf of ARcare, he explains, “I do a lot of public speaking for the company, and I spend considerable time exploring relationships or future partnerships with other companies.” He stressed the importance of cultivating good relationships with area hospitals, universities and government entities. “ARcare prides itself on its good community relations.” Those good relationships, he explains, help prevent the healthcare system from becoming overburdened. “The hospital likes ARcare because we keep the patient healthy and not showing up at the emergency room for a sore throat, so there is a symbiotic relationship there that I can help forge.”

Collier and I discussed the recent pandemic and its implications for the future of the healthcare industry. Some of the trends he sees accelerating were already reshaping the work of ARcare prior to the pandemic: for example, the development of electronic record systems and the expansion of telehealth services.

Collier describes himself as “a jack of all trades and a master of none,” but his modesty belies the depth and breadth of his experience at the intersection of the law and healthcare. He sounds comparatively immodest when he speaks about his interpretive abilities, again crediting his liberal arts background. According to Collier, his best professional skill is his “ability to read a situation and to read people. Whether I’m lawyering, or navigating government relations, or advocating for a healthcare policy change, my ability to help people depends upon my ability to interpret and communicate. I first learned to do those things as an English major.”