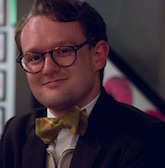 In one of the most famous malapropisms from Richard Sheridan’s The Rivals (1775), Mrs. Malaprop praises Captain Absolute as “the very Pine-Apple of politeness” (3.3.28). Usually glossed as “pinnacle of politeness,” this line features as one of many references to exotic botany scattered throughout Sheridan’s comedy; in fact, this line in particular turns out to have origins predating Sheridan.  British writers throughout the Restoration and early 18th century invoke the pineapple as a trope of both epitome and excess.  For every flavor good and bad, the pineapple’s connection to taste (both in a literal and Pierre Bourdieu’s sense of “cultural capital”) serves as a means for British writers to rhetorically naturalize the pineapple as its own literary trope.  Examining exotic flora such as the pineapple ecocritically, this presentation examines the ways in which exotic flora transgress boundaries both rhetorical and geographic: these plants invade literature through their naturalization as metaphors.

Thomas Bullington is in his fourth year in the Department of English at the University of Mississippi. He completed his   B. A. in English, A. B. in Classics, and M. A. in English at the College of Charleston, and taught at Trident Technical College in North Charleston, SC.  His areas of interest include ecocriticism, early gothic fiction, and the long 18th century.

The Works-in-Progress Seminar Series is hosted by the English Graduate Student Body and open to all. The seminars consist of a thirty-minute presentation followed by a Q & A discussion where feedback and further suggestions by both faculty and other graduate students are highly encouraged! A version of the material to be presented on will be sent out to those on the English Department listserve closer to the event. Those not on the listserve who would like a copy, or for more information about this or other Works-in-Progress series events, please contact efielder@olemiss.edu.