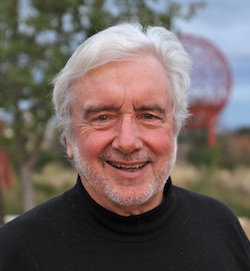 Brian Levack grew up in a family of teachers in the New York metropolitan area. From his father, a professor of French history, he acquired a love for studying the past, and he knew from an early age that he too would become a historian. He received his B.A. from Fordham University in 1965 and his Ph.D. from Yale in 1970. In graduate school he became fascinated by the history of the law and the interaction between law and politics, interests that he has maintained throughout his career. In 1969 he joined the History Department of the University of Texas at Austin, where he is now the John E. Green Regents Professor in History. The winner of several teaching awards, Levack offers a wide variety of courses on early modern British and European history, legal history, and the history of witchcraft. For eight years he served as the chair of his department. His books include The Civil Lawyers in England, 1603-1641:A Political Study (1973), The Formation of the British State: England, Scotland and the Union, 1603-1707 (1987); The Witch-Hunt in Early Modern Europe (4th edition, 2016), which has been translated into eight languages; Witch-Hunting in Scotland: Law, Politics, and Religion  (2008); and The Devil Within: Possession and Exorcism in the Christian West (2013). He has also edited twenty books, including The Jacobean Union: Six Tracts of 1604 (1985); The Witchcraft Sourcebook (2004; 2nd edition 2015); and The Oxford Handbook of Witchcraft in Early Modern Europe and Colonial America (2013).

The lecture will take place on April 12 at 6:00 p.m. in the Bondurant Auditorium.