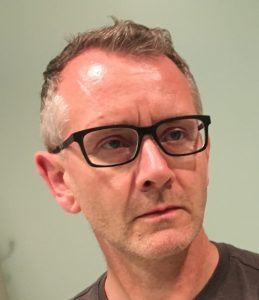 Scott R. MacKenzie works on literature of the long eighteenth century, particularly prose fiction, aesthetics, and political debate on economic matters. His book, Be It Ever So Humble: Poverty, Fiction, and the Invention of the Middle-Class Home (U of Virginia Press, 2013), won the Walker Cowen Prize for a study on an eighteenth-century topic. It argues that fiction and discourse about poverty in Britain in the later eighteenth century collaborate to invent modern private domesticity and the first occupants of home — at least conceptually — are the poor rather than the middle-classes, who rapidly appropriate home for themselves. He has published articles on Economic themes in fiction and drama in Eighteenth-Century Fiction, ELH, and Eighteenth-Century Studies as well as articles in PMLA, Studies in Romanticism, and European Romantic Review, and most recently the aesthetics of lineation in Criticism. His current research focuses on the emergence of the economic and ecological “laws” of scarcity during the eighteenth century.

Be It Ever So Humble: Poverty, Fiction, and the Invention of the Middle-Class Home, University of Virginia Press, 2013 Winner, UVA Press Walker Cowen Prize for a monograph on an eighteenth-century topic. Awarded Choice Magazine Outstanding Academic Title, 2014

“My Chapter upon Lines: Motion, Deviation, and Lineation in Eighteenth-Century British Aesthetics,” Criticism 61.1 (2019)

“Sexual Arithmetic: Appetite and Consumption in The Way of the World,” Eighteenth-Century Studies 47.3 (Spring 2014)

“An Englishwoman’s Workhouse is Her Castle: Poor Management and Gothic Fiction in the 1790s,” ELH (English Literary History) 74.3 (Fall 2007)

“Breeches of Decorum: Addison, Montaigne, and the Figure of a Barbarian,” South Central Review 23.2 (Summer 2006)

“Confessions of a Gentrified Sinner: Secrets in Scott and Hogg,” Studies in Romanticism 41.1 (Spring 2002)

“Ann Radcliffe’s Gothic Narrative and the Readers at Home,” Studies in the Novel 31.4 (Winter 1999)