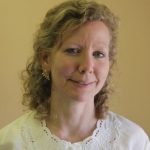 Kathryn McKee is McMullan Associate Professor of Southern Studies and English.  She has a Ph.D. in American literature from the University of North Carolina at Chapel Hill and joined the UM faculty in the fall of 1997.  Her research interests include the nineteenth-century U.S. South, particularly the lives of women during the postbellum period.  She is co-editor, with Deborah Barker, of American Cinema and the Southern Imaginary (2011) and author of Reading Reconstruction: Sherwood Bonner and the Literature of the Post-Civil War South (2018).