Oxford junior was among three UM finalists for prestigious award 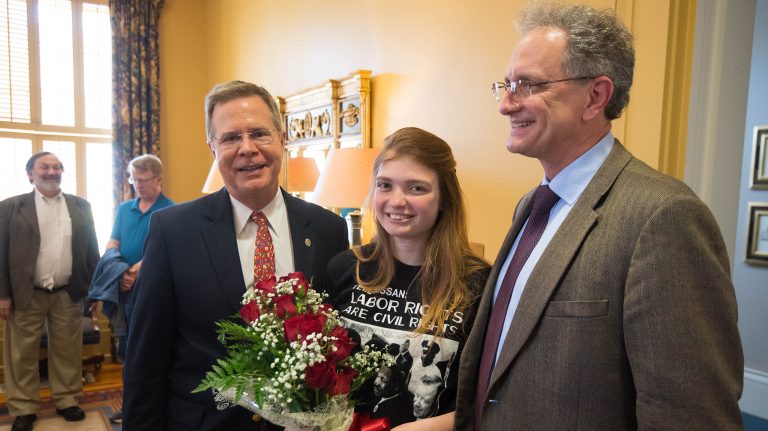 Jaz Brisack, a junior at the University of Mississippi, has been named the university’s 15th Harry S. Truman Scholar.

“Jaz Brisack is upholding our strong and distinguished tradition of student excellence and public service,” Vitter said. “We are so pleased to offer programs and learning opportunities that prepare our students to be competitive on a national stage.”

Brisack’s honors include having an article, “Organizing Unions as Social Policy,” published in the Global Encyclopedia of Public Policy, being a winner in the Creative Nonfiction division of the Southern Literary Festival and receiving the UM Outstanding Freshman award. A National Merit Scholar finalist, she is also a member of the UM debate team and a recipient of Honors College Extraordinary Research Funds and Penny Leeton Service Award.

Brisack’s plans include earning a Master of Fine Arts in Creative Writing and later working with a small and independent union or network of unions to help empower workers to bring democratic processes to their workplaces.

“I want to help create a network of independent locals with self-determination that retain nationwide leverage while maintaining a decentralized approach,” Brisack said.

The Harry S. Truman Scholarship Foundation, the federal memorial to the 33rd U.S. president, awards merit-based scholarships to college students who plan to pursue careers in government or elsewhere in public service. Truman Scholars receive up to $30,000 for graduate or professional school, participate in leadership development activities and have special opportunities for internships and employment with the federal government.