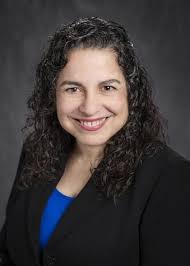 Dr. Sharon Aronofsky Weltman (Department of English, LSU) will be giving a talk entitled “PerformingDrood: Melodrama, Music Hall, and the Opium Dream Ballet.”  The talk anticipates the production of the Musical Mystery of Edwin Drood (based on Charles Dickens’s unfinished novel) by our own Theatre Department at U of M.  Directed by Professor Amanda Wansa Morgan, the musical will run from Nov 13-15 (https://theatre.olemiss.edu/olemisstheatre.html ).  Dr. Weltman’s talk will even feature a live performance of a 19th century music-hall song by members of the Drood cast.

Dr. Weltman is the William E. “Bud” Davis Alumni Professor of English at Louisiana State University.  She  is a specialist in nineteenth-century British literature and culture and is author of Performing the Victorian: John Ruskin and Identity in Theater, Science, and Education (2007) and Ruskin’s Mythic Queen: Gender Subversion in Victorian Culture.  She recently published a scholarly edition of the never-before-published original version of the 1847 melodrama Sweeney Todd.  The lecture she will deliver is part of a book project entitled Victorians on Broadway, exploring the adaptation of Victorian materials for the 20th century American musical stage.  The book will include chapters on adaptations of Oliver Twist, Sweeny Todd, Jekyll and Hyde, Jane Eyre, and even Goblin Market.  Please feel free to invite your students, colleagues, and friends to what promises to be a fun, edifying, and lively experience.