Dr. Amy Clukey of University of Louisville will give a talk entitled “Monsters of Whiteness: White Zombie and Plantation Horror.” Monday, March 2 at 4:00 in Bishop 103 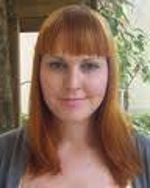 Amy Clukey, a former Ole Miss undergraduate and now an assistant professor at the University of Louisville, will give a talk entitled “Monsters of Whiteness: White Zombie and Plantation Horror” Monday, March 2 at 4:00 in Bishop 103.  Amy was a double major in English and Southern Studies with a minor in Gender Studies and she was in the honors college.

Amy Clukey is assistant professor of English at the University of Louisville. Prior to this appointment, she was an ACLS New Faculty Fellow at Columbia University and a dissertation fellow with the Center for American Literary Studies at the Pennsylvania State University, where she received her Ph.D. in 2009. She teaches courses on transnational literature, global modernism, and southern studies. Her work has appeared or is forthcoming in The New Hibernia Review, Modern Fiction Studies, American Literature, and Twentieth-Century Literature, among other venues. Her article “Plantation Modernity: Gone with the Wind and Irish-Southern Culture” was awarded the Louis D. Rubin, Jr. Prize for the best article on southern literature published in 2013 by the Society for the Study of Southern Literature. She is currently completing a monograph entitled Plantation Modernism: Transatlantic Anglophone Fiction 1890-1950.

At Ole Miss, Clukey was double major in English and Southern Studies with a gender studies minor, and an honors scholar. She was president of the Lafayette-Oxford-University chapter of the National Organization for Women, a member of the Isom Undergraduate Committee that organized Sarahfest concerts for rape crisis, served as a student representative on the Sarah Isom Center steering committee, and had a feminist column in the Daily Mississippian. She was also a work-study study at the Isom center for a year and before that at the Center for the Study of Southern Culture. She received the Gray award for outstanding undergraduate work in southern studies in 2002 and the Georgia Nix undergraduate activism award from the Isom center in 2003.