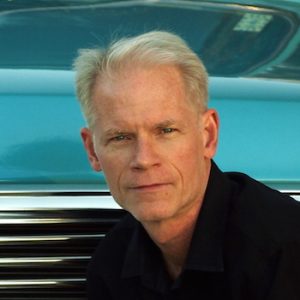 Adam Gussow is a professor of English and Southern Studies. A member of the University of Mississippi faculty since 2002, he teaches courses in American and African American literature, the blues tradition, southern autobiography, the literature and culture of running, and related areas. He has published a number of books, including Mister Satan’s Apprentice: A Blues Memoir (1998, reissued in 2009); Seems Like Murder Here: Southern Violence and the Blues Tradition (2002), winner of the Holman Award from the Society for the Study of Southern Literature; Journeyman’s Road: Modern Blues Lives From Faulkner’s Mississippi to Post-9/11 New York (2007); and Beyond the Crossroads: The Devil and the Blues Tradition (2017), which won the Cawelti Award from the American Culture Association / Popular Culture Association and was voted “Best Blues Book of 2017” by the readership of Living Blues. His most recent book, Whose Blues? Facing Up to Race and the Future of the Music (2020), highlights the problematics of the contemporary blues scene and offers fresh interpretations of W. C. Handy, Langston Hughes, and Zora Neale Hurston.

In addition to his academic credentials, Gussow is a professional harmonica player and teacher. As a member of the blues duo Satan and Adam for more than 30 years, he has been featured on the cover of Living Blues magazine and was recently profiled in the documentary Satan & Adam, which is screening on Netflix.