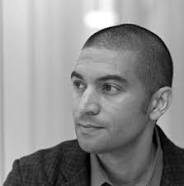 “Sounds of Earth: 40 Years of Voyager’s Golden LP and the Poetry That Spun From It”

Adrian Matejka was born in Nuremberg, Germany and grew up in California and Indiana. He is a graduate of Indiana University and the MFA program at Southern Illinois University Carbondale. He is the author of The Devil’s Garden (Alice James Books, 2003) which won the New York / New England Award and Mixology (Penguin, 2009), a winner of the 2008 National Poetry Series. Mixology was also a finalist for an NAACP Image Award for Outstanding Literature. His most recent collection of poems, The Big Smoke (Penguin, 2013), was awarded the 2014 Anisfield-Wolf Book Award. The Big Smoke was also a finalist for the 2013 National Book Award, 2014 Hurston/Wright Legacy Award, and 2014 Pulitzer Prize in poetry. His new book, Map to the Stars, was released from Penguin in March 2017. Among Matejka’s other honors are the Eugene and Marilyn Glick Indiana Authors Award, two grants from the Illinois Arts Council, the Julia Peterkin Award, a Pushcart Prize, and fellowships from the Guggenheim Foundation, the Lannan Foundation, and a Simon Fellowship from United States Artists. He teaches in the MFA program at Indiana University in Bloomington and is currently working on a new collection of poems, Hearing Damage, and a graphic novel.

The Lecture will take place on November 15th at 6 p.m. at The Depot.  This event is free and open to the public. 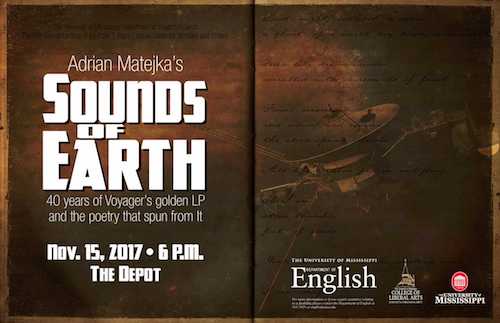