Six faculty members in the University of Mississippi College of Liberal Arts have been recognized for their creative, research and scholarly activity during the 2020-21 academic year.

Four professors received the Dr. Mike L. Edmonds New Scholar Award for junior faculty and two received the College of Liberal Arts Award for Research, Scholarship and Creative Achievement for senior faculty. The awards, which include medals and stipends of $1,000 and $2,000, respectively, were given at the end of the spring semester.

The Edmonds Award is presented annually to untenured, tenure-track professorial rank faculty members who are within six years of their initial academic appointment and who have demonstrated exemplary performance in research, scholarship and/or creative achievement. Recipients of the Award for Research, Scholarship and Creative Achievement for senior faculty have achieved scholarly recognition and influence well beyond the university.

“The professors selected for these awards come from a diversity of disciplines,” said Donald L. Dyer, associate dean of faculty and academic affairs and distinguished professor of modern languages.

“This fact alone is a testament to the quality and strength of the research, scholarship and creative activities found among the entire faculty community. These award recipients are among the best scholars at the University of Mississippi, and we celebrate their success.”

Recipients of the Awards for Research, Scholarship and Creative Achievement for senior faculty are Stephanie Miller, associate professor of psychology and director of experimental training, with the Sanford and Susan Thomas Senior Professor Research Award in the Social Sciences, and Aimee Nezhukumatathil, professor of English and creative writing, with the College of Liberal Arts Award in the Humanities. 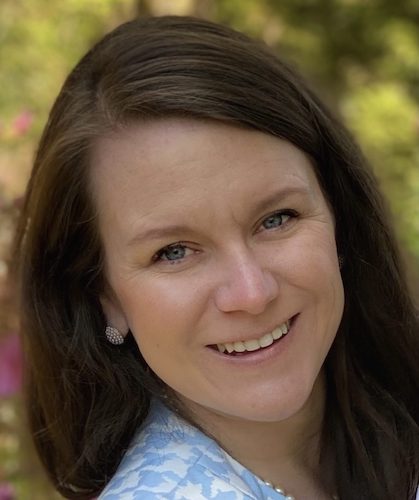 “I am honored that my work has been recognized by my department and the university,” said DiBiasie-Sammons, whose research investigates ancient graffiti from the Roman cities of Pompeii and Herculaneum.

“Specifically, my work applies modern technologies to visualize and read these ancient inscriptions. My recent work has focused on charcoal graffiti, which I have studied using the field notebooks of one of the original excavators of ancient Herculaneum.

“Though separated from us by nearly 2,000 years, the ancient Romans expressed many of the same desires, hopes and fears that we do today. Understanding ancient graffiti helps us understand a bit more about ourselves, too.”

She is a leader in research productivity in the Department of Classics, a colleague noted: “In traditional article-based scholarship, in digital publications and in her chairing last fall of a prestigious research symposium in Italy, Dr. DiBiasie-Sammons is clearly establishing herself as an international expert in her field.”

For more about DiBiasie-Sammons, read the Q&A on the college website. 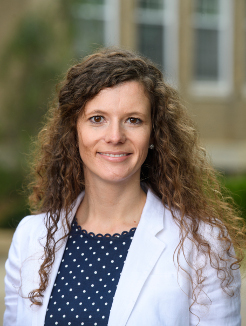 Recipient of the 2020 Graduate Student Mentoring Award, one of Dixon’s “most important contributions is her innovative examination of anxiety sensitivity as a general vulnerability for a wide range of maladaptive behaviors and medical conditions, such as dermatological disorders,” a colleague said. “She has conducted multiple impactful studies in this area and was the first to examine the relevance of anxiety sensitivity in certain forms of dermatological disorders.”

This summer, Dixon begins data collection for a project funded by the Misophonia Research Fund.

“Although only recently recognized, misophonia has been conceptualized as a neurobehavioral disorder characterized by intense negative affective and autonomic arousal in response to particular sounds (e.g., chewing, slurping),” she said. “As part of this grant, we are conducting an in-depth examination of misophonia using experimental laboratory-based methodology to identify psychophysiological, cognitive, emotional and behavioral markers of this phenomenon.”

For more about Dixon, read the Q&A on the college website. 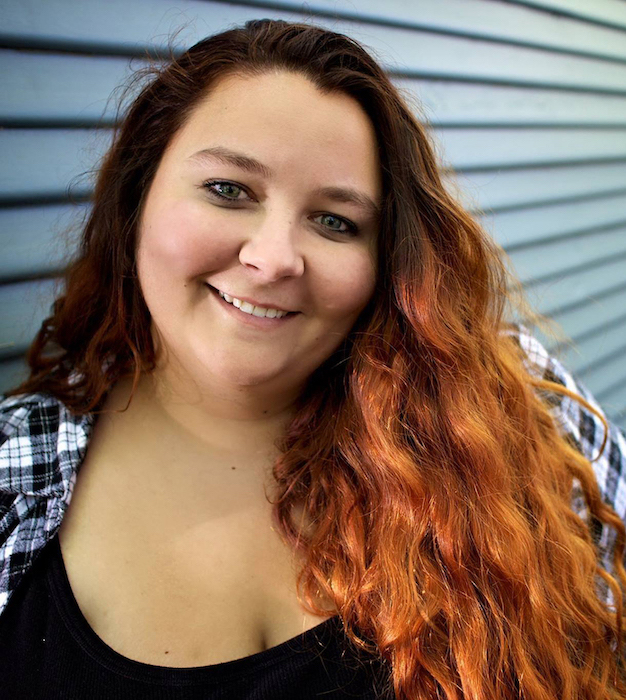 “My creative work centers around uplifting voices from marginalized communities,” Hennigan said. “As a writer and director, my films often focus on issues of indigenous cultural expression across varied genres, while as a cinematographer I collaborate most often with other queer, female and BIPOC directors to bring their unique visions to life.”

Hennigan’s award-winning creative catalogue includes “Light,” a 21st century reinterpretation of a Cherokee oral story. “Calling,” following the struggles of a woman who is serving as a caregiver for her handi-capable son, was screened by the American Film Institute and received Best Film in the Greeks of the World Category at the International Film Festival in Greece. “I Am Mackenzie,” exploring toxic masculinity in rural Texas, won the SXSW 2019 Texas Short Jury Prize.

“This represents an important achievement on the part of Professor Hennigan, as SXSW is among the most prestigious film festivals in the country and brings significant prestige to the University of Mississippi,” a colleague said.

“It is clear that Professor Hennigan has made a tremendous impact through her creative work during her short time as a member of the Department of Theatre and Film.”

For more about Hennigan, read a faculty profile on the theatre and film website. 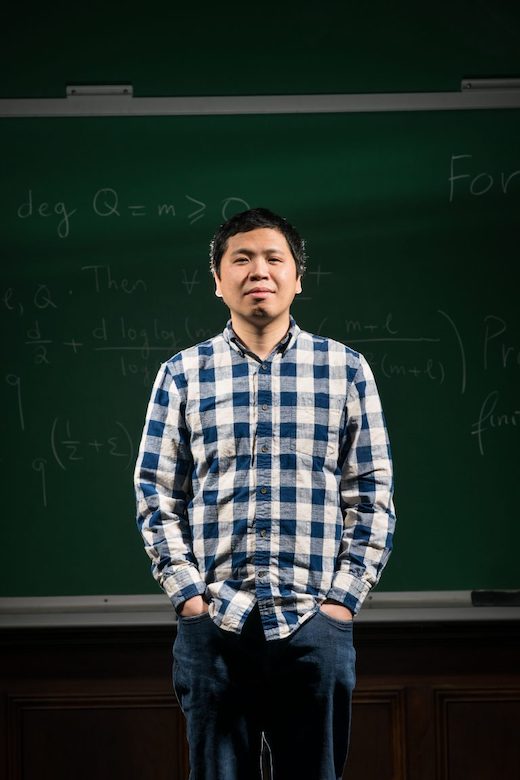 “One of the most outstanding young researchers to join the faculty of the university, the hiring of Dr. Lê significantly impacted the research profile of the Department of Mathematics,” a colleague said.

“This impact is evidenced by Dr. Lê’s receipt of a National Science Foundation research award and a Ralph E. Powe Junior Faculty Enhancement Award from Oak Ridge Associated Universities. He has an outstanding publication record for a young researcher, with 24 publications in some of the best international journals.”

Besides Lê’s contributions to the university’s research profile, his teaching supports the department’s service mission as lead instructor on a mathematical summer outreach program to underserved high school students from the Coffeeville, Vardaman, Bruce and Calhoun City school districts.

“I am very excited and honored to receive the award,” said Lê. “I would like to thank the College of Liberal Arts and Dr. Mike L. Edmonds for the award, and the mathematics department and Dr. James Reid for the support through the years.”

For more about Thái Hoàng Lê, read the Q&A on the college website. 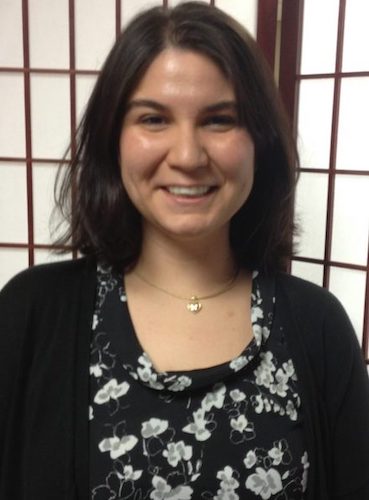 Miller’s research with infants and children has significant implications for education, parenting and social development in childhood.

“It is an honor to receive this college award for my research focused on the development of children’s executive function and self-regulatory abilities,” she said.

“I’m excited to continue foundational work examining the emergence and development of executive function and contribute to better understanding how we can support this regulatory ability that helps build a foundation for later well-being, learning and academic success.”

The innovative nature of Miller’s work was recognized nationally with her selection as a 2020 John Templeton Foundation Ideas Challenge Winner in the Mechanisms track – “aimed at exploring novel theoretical ideas useful for advancing the study of goal-directed or goal-suited phenomena in nature and bold thinking that asks how such exploration might open new avenues for inquiry.”

Miller’s research and scholarship have also been acknowledged with external funding from the Kellogg Foundation and the National Institutes of Health, multiple peer-reviewed publications, and presentations at national and international conferences.

For more about Miller, read the Q&A on the college website. 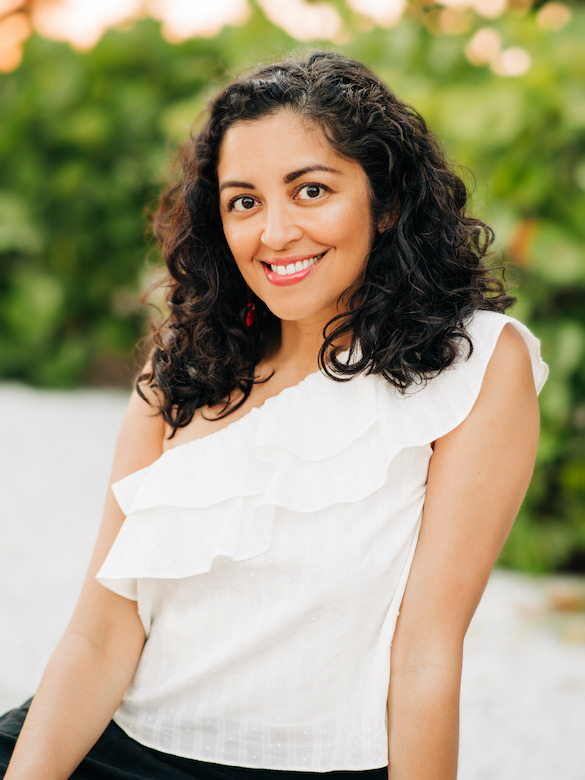 “There is no doubt that this was a year of extraordinary creative achievement for Professor Aimee Nezhukumatathil,” a colleague said. “She has published two award-winning books since joining our university in 2017 (after spending a year as the Grisham Writer-in-Residence).

“This year, she became our university’s first Guggenheim Fellow. She serves on editorial boards for or contributes regularly to popular and well-regarded periodicals. She publishes poetry and nature essays in a wide range of venues, reaching the literary elite and wider populace alike. She is in demand for speaking events across the nation and beyond, and her art generates enthusiasm from diverse audiences.

“In short, she is quickly becoming one of the most prominent and recognized contemporary U.S. poets and eco-authors, and adds immensely to the reputation of our university.”

Nezhukumatathil’s recent collection of nonfiction essays, “World of Wonders: In Praise of Fireflies, Whale Sharks, and Other Astonishments,” was a New York Times bestseller for eight weeks and named THE Book of the Year for 2020 by Barnes and Noble and a best book of the year by NPR, Esquire and the New York Public Library. It was featured last month on the “Jeopardy Tournament of Champions.”

“To be recognized in this way by the College of Liberal Arts means so much during this year of uncertainty and being home-bound,” said Nezhukumatathil, who was appointed the first-ever poetry editor of Sierra Magazine in June. “My work as a scholar and writer has been focused on the environment and sets up the groundwork for people who may feel a bit far from nature these days so that they remember to be curious and let themselves be filled with awe again.”

For more about Nezhukumatathil, read the Q&A on the college website.

The 2021 honorees are exceptional, and their work reflects the goals for which the awards were created, said Lee M. Cohen, dean of liberal arts and professor of psychology.

“As a Carnegie R1 university, it is important to publicly recognize and reward our most productive faculty for their sustained efforts in research, scholarship and creative achievement.”

Besides medals and cash prizes, awardees’ names are added to commemorative plaques in the dean’s office. To read more about the awards and past winners visit the College of Liberal Arts Research Awards webpage.