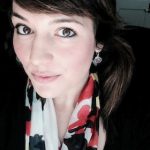 Jaime Cantrell is a Visiting Assistant Professor of English and faculty affiliate at the Sarah Isom Center for Women’s and Gender Studies at The University of Mississippi, where she teaches courses in gender studies, gay and lesbian literature, literary criticism, and American literatures. She received her M.A. in Women’s Studies from The University of Alabama (2009) and her Ph.D. in English Literature with a graduate concentration in Women’s and Gender Studies from Louisiana State University (2014). She’s been awarded research grants from Cornell University, Duke University, and the National Endowment for the Humanities. Prof. Cantrell is the author of essays and reviews appearing in Feminist Formations, The Journal of Lesbian Studies, Study the South, The Bohemian South, and The Journal Homosexuality.

Jaime co-edited Out of the Closet, Into the Archive: Researching Sexual Histories (2015), a Lambda Literary Award Finalist for LGBT Anthology. With a foreword by Ann Cvetkovich, OCIA meditates on the ways queer archival scholarship transmits precarious pleasures alongside a host of compelling challenges and issues—taking readers inside the experience of how it feels to do queer archival research and queer research in archives. She is presently at work on a book project titled, Southern Sapphisms.

“Desiring Down-Home and Out: Southern Lesbian Poetry and the Sex Life of Food.”
Invited contribution to The Bohemian South, Shawn Bingham and Lindsey A. Freeman,
eds. Forthcoming from UNC Press.

Review of Crooked Letter i: Coming Out in the South, Connie Griffin, ed. and Foreword
By Dorothy Allison. Montgomery: New South Books, 2015. The Journal of Southern
History.Forthcoming, fall 2016.

“Put a Taste of The South in Your Mouth: Carnal Appetites and Intersextionality.”Invited
contribution to Study The South, Eds. John T. Edge and James G. Thomas, Jr. October
2015.
https://southernstudies.olemiss.edu/study-the-south/put-a-taste-of-the-south-in-your-mouth/

“Subscribe to Feminary! Producing Community, Region, and Archive,” in Out of the Closet, Into the Archives: Researching Sexual Histories. Eds. Amy L. Stone and Jaime Cantrell. Albany, NY: SUNY Press (2015): 311-335.

“Out of the Closet, Into the Archives.” Invited contribution to Notches: remarks on the history of
sexuality. Forthcoming, fall 2016.

THE UNIVERSITY OF MISSISSIPPI (2014-current)