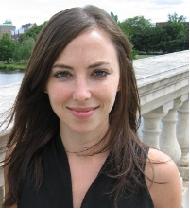 Melanie Benson Taylor (Herring Pond Wampanoag), Associate Professor of Native American Studies at Dartmouth University will deliver her lecture, “What Was Native American Literature? Tribalism, Regionalism, and Comparativism, in the Age of Globalization” on November 28 at 6p.m. at The Depot.

Melanie Benson Taylor is a literary critic who specializes in U.S. Southern studies. She explored the intersections of Native, African American, white, and immigrant southern cultures in her first two books: Disturbing Calculations: The Economics of Identity in Postcolonial Southern Literature, 1912-2002 (2008) and Reconstructing the Native South: American Indian Literature and the Lost Cause (2012). She continues to examine the effects of economic anxiety on the construction of cultural identity and borders in two new books projects: Faulkner’s Doom interrogates the use of Indian tropes in William Faulkner’s modern South, and Indian Killers uncovers the phenomenon of violence and murder in texts by and about contemporary Native Americans.

This event is free an open to the public.