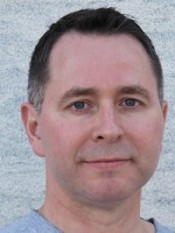 On Thursday, October 23rd, at 4pm, in the Bondurant Auditorium, Dr. Allan Hepburn of McGill University will present a lecture entitled “Facing the Future: Children in Postwar Britain.” This talk will concentrate on British representations of children between 1945 and 1960 in relation to the discourse of the future that predominates in this period, and will draw on sources including Humphrey Jennings’ film A Diary for Timothy (1944-45) and the Labour Party’s 1945 platform, “Let Us Face the Future.” In focusing on postwar youth, novels and films of this period emphasize the alienation of children from their parents, their detachment from British history, and the reinforcement of duty in relation to Britain.

Allan Hepburn is James McGill Professor of Twentieth-Century Literature at McGill University. In addition to Intrigue: Espionage and Culture (2005) and Enchanted Objects: Visual Art in Contemporary Fiction (2010), he has published forty articles on various aspects of literature and culture. He edited three books of previously uncollected stories, essays, and broadcasts by Elizabeth Bowen. A fourth book, devoted to Bowen’s reviews, is forthcoming in 2015. He is currently writing a book about “Faith and British Culture, 1939-1962,” as well as a book about Elizabeth Bowen’s major fiction.